The Story Behind Your Favorite App - Azil Osijek

In 2021, I’m pretty sure you’re already familiar with Azil Osijek, the only dog adoption app in Croatia. But do you know the story behind it? Who came up with the app? No? Keep reading, we’ll tell you everything.

Let’s go back to 2017 when we first started working on the app. Azil Osijek was our first pro bono project and it’s still the only dog shelter app in Croatia.

Our main goal with it was to grow awareness amongst people and increase the number of dog adoptions. That’s why we created an easy-to-use app, dividing dogs into different categories, and telling their stories - don’t worry, it doesn’t just say “woof woof”.

How did we come up with the idea?‍

The idea for the app came from a team that was at that time working at COBE - we’re talking about 2016 here. During one of their many visits to the dog shelter, they figured they don't even know how many dogs Azil has, what their names are or how they even ended up in the shelter. So the next logical step was to arrange a meeting with Azil and show them the idea for ​​the app. The first meeting went smoothly and we were all very happy to start the new project. After all, the guys at the dog shelter were getting a free app, and we got a new project.

The first version of the app came out in 2017 and was welcomed with great joy. The dogs were categorized by gender, height, and age, and the users could easily check if the dog they want to adopt is still available. Furthermore, we introduced pet-friendly places in Osijek into the app, plus an info desk with all the information about the dog shelter and Udruga Pobjede.

Honestly, it feels like every one of our employees has worked on this app at some point, which is why Azil Osijek will forever hold a special place in our hearts. For some of them, it even marked the beginning of their journey in COBE:

We received a lot of positive feedback on Google Store with high ratings and more than a thousand downloads with the first release. Due to a large number of satisfied users, we decided to continue working on the app to improve the user experience and ensure as much adoption as possible. Because of that, we decided to update the app in 2020 and we can't be happier with the outcome.

You can see what the app looks like below, although it's better to install it and see it yourself. And no worries, the app is completely free.

‍
Now it's your turn!‍

We think that it's very important to work on projects that can change the world (or at least a town), and the Azil Osijek app seemed perfect in that sense. By creating this app, we want to believe that we have given the dog shelter puppies another chance at life - at least a better one.

Thanks to the growing awareness of citizens and the number of volunteers, the dog shelter of Osijek has become the most beautiful one in Croatia. 350 dogs were adopted last year, and we'd like to think that a small percent of this number has to do with our app.

So download the app, explore everything it has to offer, help where you can, and tell us your story. Be a part of the change you want to see in the world. If not now, when?

*This article was originally published in January 2020 and updated in May 2021 for accuracy.

Katarina is a Marketing Manager at COBE. She loves creating content, organizing events, and bringing new ideas to life. In her free time, she's either reading, watching tv shows she already saw a hundred times, or learning the art of kickboxing.

Working remotely after lockdown — How ready are we, really? 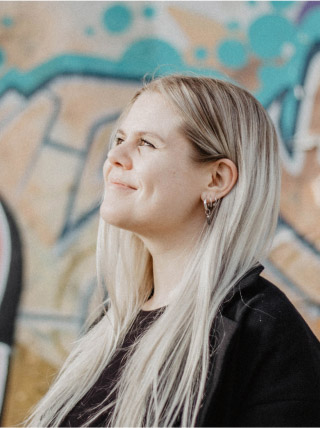 How Playing Sports Can Help Your Future Career

What Makes a Great Company Culture?

Working remotely after lockdown — How ready are we, really?

How Playing Sports Can Help Your Future Career

What Makes a Great Company Culture?

How We Surprised Our Team With an Office Mural