From a Male to a Female Domain? 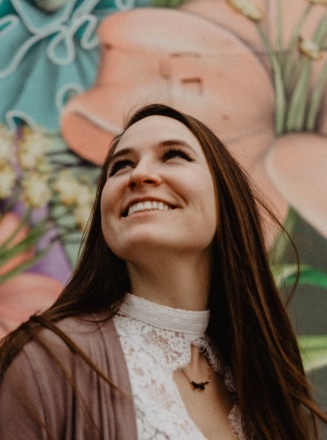 The 8th of March is International Women's Day! So I, as a woman, took the opportunity to ask our founders about the steadily growing proportion of women at COBE. How could a four-all-male-startup become an 80-person team, with a lot of female leaders? As COBE approaches its tenth anniversary, the first look back goes to the development of a former male domain into an agency where gender equality is not just a word, but lived.

“You have to think of it like this: Here in the office, guys used to ride around on their skateboards, we shot each other with Nerf Guns, and the tone was a lot rougher.” That was the answer to the question of what COBE was like when our Chief Happiness Officer, Dominik “Bubu” Bernhart, had his first day in 2018. Typical men, still a bit stuck in their puberty, you might say.

Of course, the point is not to slip into any statements about gender stereotypes, even if that cannot be avoided from time to time. We are looking at the change within the agency that has taken place, with no small amount of female influence, at COBE.

What has changed since then?

No matter whom you ask, whether it's the founders Felix van de Sand and Daniel Wagner, Bubu or the one who also witnessed the beginnings, Felix “Menz” Menzel, the changes are noticeable – and almost without exception positive. Where before there was more appearance than reality, there is now more depth. If you ask Felix, the “facade” is gone. “The purely masculine egotism no longer exists. It's not so cool anymore, but in a positive way. The coolness has given way to a warmth and cordiality that would probably not have existed without our female colleagues. Right from the start, you could sense that a kind of balance was developing. That did us guys a lot of good, because it also made us more serious.”

The transition wasn't entirely smooth, though. “Pamela was a real culture shock for us men,” interjects Daniel, “and that is not meant negatively at all. It was simply a change in the culture we, as an all-male-startup, were used to at the time. It was a little different, more diverse.”

‍Less power play, less coolness, and more lively cooperation at eye level with a thoughtful communication culture – that sounds like growing up to me.
The fact that such a topic as culture has such a present place within COBE at all, came with an increasingly empathetic way of dealing with each other. “The sense of 'we' has grown a lot over time. You could even say that we almost chuckle together,” jokes Felix with a little grin.

A wide variety of characters gather under the roof of COBE.

"We have many characters with different backgrounds. And it doesn't matter whether they are men or women. What you do notice is that the more mixed the teams are, the more perspectives naturally open up. That all has an impact on the issue of diversity. There are more angles, and more angles are always beneficial." -Daniel Wagner

Keyword profession: Do you notice an increase in professionalism?‍

It's not uncommon for appearance to become more serious as the years go by. As empathy increases, so does attentiveness. What used to be started in a rapid-fire, spontaneous action is now much more thoughtful and purposeful. Coincidence?
“My impression over the last few years has been that women are better prepared for deadlines and tasks, which increases the quality of output. Whether this is due to naturally growing professional experience or a female influence remains to be seen. But it's safe to say that quite a few women work in a more orderly and structured manner compared to some of the men,” sums up Menz.

Another positive development is the increasingly heterogeneous talent market. In the office, this has been strongly felt in recent years, as Daniel tells us: “It's as if a gate had opened and all of a sudden millions of women came into the field of UX/UI.” What was still a novelty at universities five to six years ago is now an established degree that women are also increasingly studying.

There is not only harmony and concord at COBE. Due to the special focus on the community – e.g. cooking together, game nights, summer tips —, tensions cannot be avoided. With an organizational model like Holacracy, there is naturally more friction, communication is not hindered by hierarchies. As a result, there is also more often no mincing words, but in a different way.

It was precisely such topics as Mindfulness that were initially shaped and driven more by the women. And the male team members seem to welcome this development very much.

"The collaboration is very pleasant. The women at COBE all have thick skins and like to dish it out themselves. There is no sign of reticence towards men in general or the managing directors in particular. And that's exactly how it should be!" -Felix van de Sand

Does it come through COBE? Or does COBE gather these characters?

“I would say that we attract a certain type of people, but it has nothing to do with gender. It's just a cultural fit. We have a very good mix there.” So the time-honored adage “it's the mix that counts” proves true for Menz.‍

There are many women in leadership positions at COBE. Is there a particular reason for that?

“For leadership positions, you have to have a lot of empathy and sensitivity. That could be one reason why we have a lot of female team leaders. But another is definitely the skills they bring to the table.” And that's important, not only for Felix, but because there's no quota to fill. Their skills have gotten them to where they are now.

One woman at COBE in particular can be highlighted in this context: Managing Director Ines. “In Osijek, it was clearly Ines who gave the team a boost with her vision and skills.” Word of praise from Daniel. Something Felix also clearly underlines: “She sees the bigger picture and knows how to create a culture of trust. She is the link that has welded the team together through her convictions.”‍

From male to female domain

So has COBE become a woman's domain?

As if shot out of a pistol, you hear from all the men: “Absolutely!” Without even a hint of hesitation.

It is diversity in general that is in the foreground: “Gender should no longer play a role for us. Socially, structures must be created so that everyone has the same opportunities. Unfortunately, that is simply not yet the case. When that is achieved, the ideal state will occur. That means: as long as the social, structural conditions are not yet like that, we have to consciously make sure that equal opportunities prevail.” A nice concluding sentence from Felix, in my opinion.

Norina is a Marketing Manager at COBE. She is always thinking about, how to make new ideas shine. Besides constantly looking for new content, she enjoys cooking and gardening. 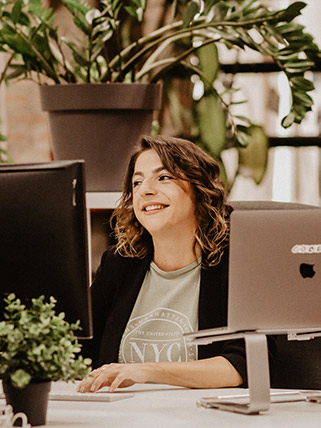 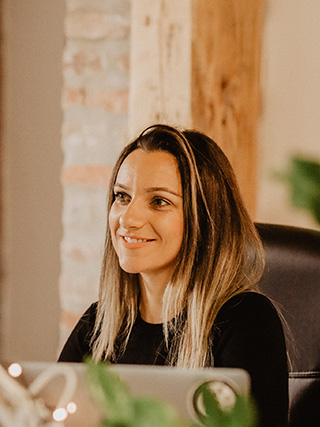 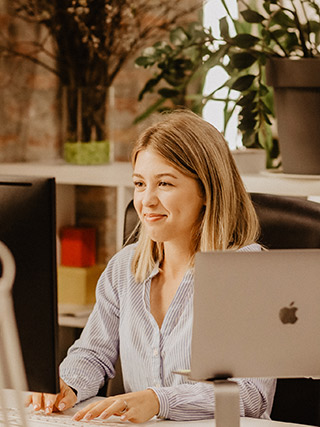 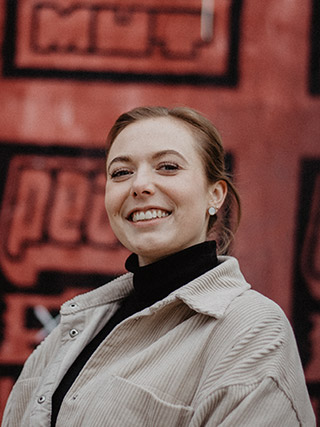