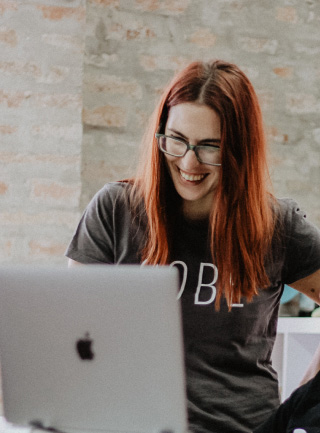 Web Summit is known as the best technology conference on the planet. Over 70 000 attendees gathered in one city, Lisbon, Portugal, to get the answer to the ever-going question — where to next? In this article, I’ll cover the most popular topics and talks at the conference that drew our attention. Stay tuned.

What everyone was talking about

I would say that the biggest topic this year was — data. Whether it was about valuable information collection, responsibility in use cases, privacy, or scary misuses, Web Summit covered it all.

The discussion officially started with Ed Snowden’s talk at the opening night. He claims: “The most powerful institutions in society have become the least accountable”.

Ed explained how surveillance programs run by the NSA tapped people’s communication and warned that the collection of data creates a system that makes the population vulnerable for the benefit of the privileged. Referring to GDPR, he says that the problem is not data protection, but data collection — as the regulation legalises spying on everybody all the time, as long as the data doesn’t leak. But, he points out that eventually everything leaks.

Later on, numerous references to Snowden’s talk were made by different speakers. They either stood by the idea or offered a different perspective. One thing is for sure — he made a huge impact.

As you could expect, AI got its own place on the popularity scale. Being such a wide area, and becoming more and more ubiquitous, I would say that half of the talks in some way related to it.

Toolkit for surviving the robot apocalypse, Robosexual, High-impact predictions, Machine learning will make marketing more human, Digitalization requires new ways for cybersecurity, From AI to multiverse, Are the cars smart enough, The whole human thing— are just the top of the iceberg in the sea of attractive ideas.

As I’m particularly interested in AI, my biggest regret is that I couldn’t listen to all of them.

How to create awe

Mike McGee and Framestore focus on finding innovative creative solutions to support the storytelling. Over the years, they set new standards for visual effects in cinema.

McGee presented the behind the scenes footage and explained how he uses the most cutting-edge technology to help the best narrators in the world bring their visions to life. The whole process is risky as they are inventing technology along the way to come with more and more astonishing graphics.

Their path into CG started with BBC’s breakthrough movie Walking with dinosaurs in the 90's, and from that point on, they worked on numerous of featured films and established their position at the top, as an Oscar winning creative studio.

Mike showed how they enhance backlog sets to extend the streets, or even construct whole cities from scratch, modelling building by building to create vast urban landscapes.

When filming Gravity, they rendered over 2 000 models to make the ship interior and to position Sandra Bullock into the NASA spacecraft. In the space footage, the only thing that is real is Sandra’s face — everything else, including Sandra’s body, comes down to the modelled and animated CG objects.

As visual effects are not enough, they also pay a lot of attention to performance. When bringing objects to life, their secret is to get use of micro expressions. That way they can demonstrate all the little emotions that characters, such as Winnie the Pooh, can experience.
It seems that for those guys, anything is possible.

David Wallerstein is a chief exploration officer of Tencent. The title was somewhat confusing but when you hear the background of it, everything sits in its place.

What David is mostly concerned about are the side effects of overpopulation and how to solve that problem. Prediction is, that by 2050, there will be 10 billion people on Earth. He states the question — how do we prepare for a situation like that?

When looking for answers, first he looked at the statistics. He noticed that 55% of humanity lives in cities, that roads are the single biggest infrastructure investment area on Earth and that 100 million cars are sold per year, of which less than 1% are electric.

To bring his thoughts to action, David established a collaboration with Daniel Wiegand, the aerospace engineer, co-founder of Lilium Aviation — and they really hit it off.

Long story short, in May of this year, Lilium made a full performance prototype of a flying car that takes off and lands vertically, uses green energy to run, is commission free, is silent, flies 300 km per hour, can fly 300 km on one charge and enables connectivity without restrictions. Another nice characteristic is affordability. And the most important thing, there is no reason to worry about the safety aspect, as flying cars go through the same evaluation standards as all commercial aircraft.

The icing on the cake is — by the year 2025, they promised their product will be up and ready in 2 or 3 cities, at the same price of a taxi.
Well, I will hold them to their word.

Welcome to the future of mobile robots
‍

Through his presentation, Marc Raibert, founder and CEO of Boston Dynamics, walks us by the timeline of robot engineering starting from today and shares his short and long term plans.

He explained how their focus is on the athletics AI — the kind of intelligence that handles basic activities like balance, walking or running, conserving energetic of motions and responding to live environment in real time when avoiding obstacles.

They use numerous of integrated modules (perception, actuation, dynamic control and more) to produce robots that act autonomously in real time, in a surrounding that is unpredictable.

Until a month ago, Boston dynamics started shipping their first commercial product — Spot. This robot can be used in construction work, for military needs, in industrial setups at dangerous tasks in human unapproachable spaces or in everyday life.

Spot was even brought to the stage to demonstrate some of his capabilities. It was quite exciting to see a dog-like-machine walking, running, dancing and performing.

One thing I found especially interesting: Spot is customizable! And this goes for the hardware accessories as well as for the 3rd party software solutions. In other words, we’re free to use their API to manage and control any kind of extensions that we’re able to integrate, and run the instructions through a mobile application we make.

In 2021, Boston Dynamics plan to release another product, with a specific use in logistics, to help identify the shipping boxes, unload the tracks, pallets, and to create mixed stacks.

The grand innovation comes in the long term plans with new robot currently in the prototype phase — Atlas. This guy will bring the highest level in performance that we were ever able to see. It will involve amazing learning optimization techniques for solving complex problems, and will be used mostly for research purposes.

If you would like to know more about Atlas, here is a video clip of a prototype performance.

Even though I found Atlas intriguing, I fell in love with Spot first, so he didn’t really get a chance :).

Would I visit it again?

Web Summit was for sure a great experience! However, it’s important to mention that it wasn’t just the talks that made it great, it was the whole package — visiting a new city, the great conference and of course, my amazing COBE girls.

When it comes to the conference itself, although they say it’s the best ever, I would not necessarily agree with that.
It’s really overwhelming, as you could expect with 70 000 people in the same place at the same time (especially now, after 2020) when it’s your first time there and you don’t know the place or drill yet.

For the first day of the conference, I really did my homework. I spent a few hours looking for talks that were just-for-me, read all about the speakers and made a schedule so that everything fits. At least I thought so. I ended up running like crazy from one pavilion to another, trying to find the right stage. And when I found it, I often ended up standing somewhere in the back where I couldn’t hear a damn.

Next day I decided to play smarter, so I selected the talks by the stages and tried to fit as much as possible into the blocks. At some point I noticed that the central stage has pretty interesting speakers in general, so the last day I somehow stuck to it, which made me miss the talks I was interested in, but at least I heard quality speeches from different areas.

Sorry if it sounded like whining, because all in all I’m more than happy with the outcome. The organization was amazing, the volunteers put in a huge effort, there was food and coffee on every corner, the app was helpful, they gathered the most influential companies and speakers, organized workshops and debates and also insured the place for work when your job kicks in.

I wouldn’t say I learned something groundbreaking, however the conference was for sure a big inspiration and was highly entertaining. So if you have the opportunity to go, I'd say go! And don't forget to have fun along the way. :)

Josipa is a Product Owner at COBE, working with both the development team and COBE partners, to ensure good strategy, which results in great products that customers love. In her free time, she enjoys playing with her kid. She also loves books, cakes, and music. Oh, and beer, she loves beer.

How to Prepare for the PRINCE2 Agile Practitioner Exam

iOS Summer School Is Back: Learn to Code in Swift 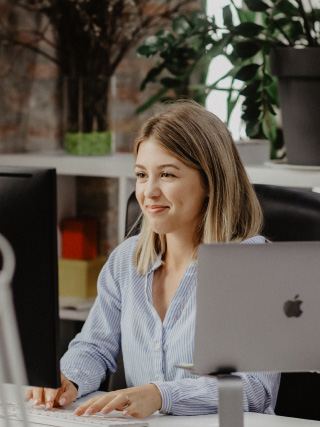 How to Prepare for the PRINCE2 Agile Practitioner Exam

iOS Summer School Is Back: Learn to Code in Swift